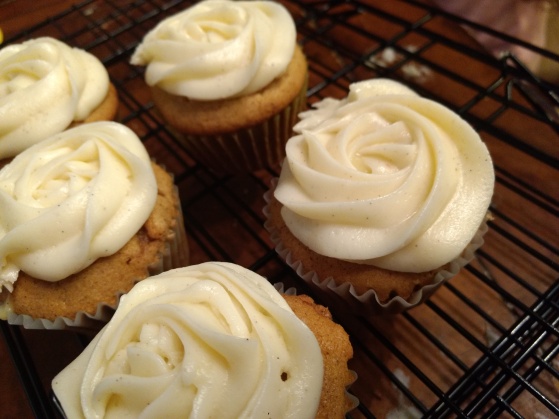 I first created this recipe almost a year ago when I had some leftover frosting I wanted to use up on something before it went to waste. It was right around the holidays and ALL I WANTED WAS CINNAMON. I mean I couldn’t stop thinking about it and wanting it and smelling it. You know what I’m talking about, right? It was the time of year when the only candles you buy are ones with apples and pumpkins and cinnamon sticks on the front and you burn them All. Day. Long. I live for that time of the year.

So naturally when I began mixing something together, I dumped a whole tablespoon of cinnamon into the batter before I stopped to think twice about it. After I did that my first thought was “oh no, they’re going to turn out so bitter and they’ll be horrible and terrible and I can’t believe I did this, I’m so stupid, what was I thinking?!” and so on and so forth. I was so surprised at how perfectly sweet and tender they turned out. DO NOT be afraid to use this much cinnamon. It’s wonderful for your health, by the way. 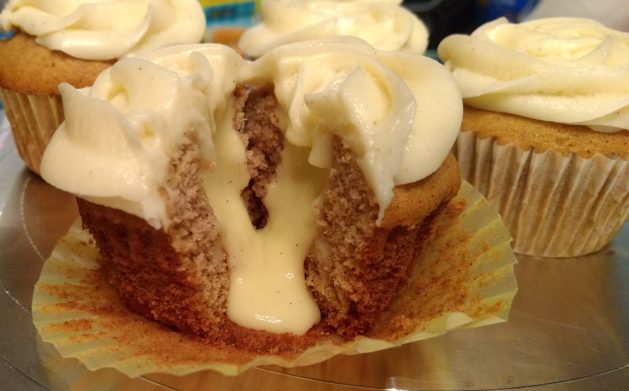 We celebrated a birthday at work recently for a co-worker of mine and I happen to know she is nuts about cinnamon. One of my favorite things to do when I bake in copious amounts is to bring it in to work – in this way I prevent consuming it all for myself. Most days. She didn’t say a word about it but I know she wanted me to make something for her. I knew I would make something to bring to work in celebration of her birthday.

This recipe was the first thing that came to mind. My original recipe included buttermilk, which lended itself immaculately to the perfect crumb of the cupcake. In this specific instance, I found myself devoid of any types of dairy milk – all I was left with was almond milk. I decided to substitute the buttermilk for a mixture of almond milk and vegetable oil. I’ve heard that if you add lemon juice to milk and let it sit for a few minutes, it will basically turn into buttermilk. However, I just assumed this would not happen with almond milk. Is this true? Please let me know if you have tried this with almond milk and come out with something similar to buttermilk – I would be very interested to know. 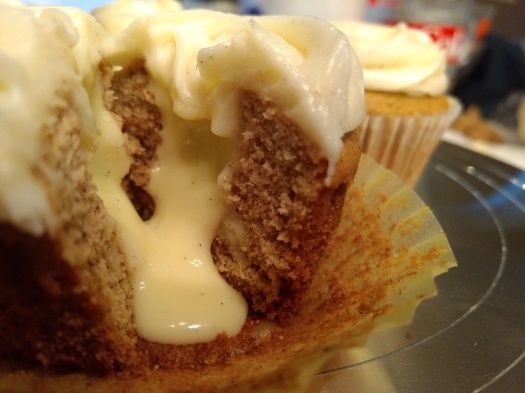 The final product this time still came out surprisingly beautiful, even though I found myself dying to have the texture of the buttermilk cake. I decided to add a vanilla pastry crème to the middle of this cupcake to help out the overall texture/taste and it was absolutely delicious!! It was so rich and creamy and went perfectly with the cinnamon flavor. The cream cheese icing piped in a beautiful rosette on top added the perfect touch for her birthday. 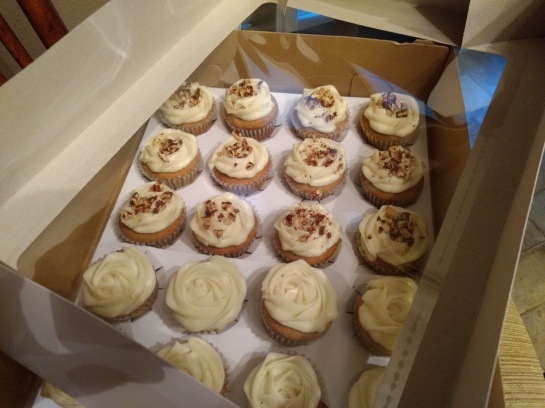 The pictures you see here are the version with the almond milk/vegetable oil recipe. In my recipe instructions I will include the ingredient measurements for both the buttermilk as well as the option you see pictured here, just in case you end up in the same situation with no buttermilk and a killer craving for cinnamon cupcakes. 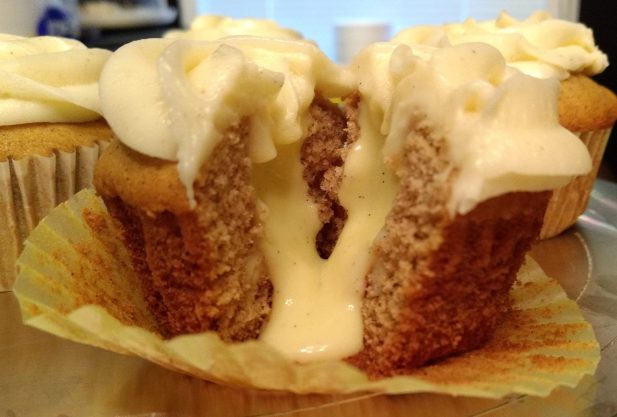 These are perfect to add to your menu of weekend guilty pleasures, next work potluck, birthday celebrations, youth activities, or whatever else you may find yourself needing excellent treats to accompany. Please let me know if you tried this recipe and how they turned out! 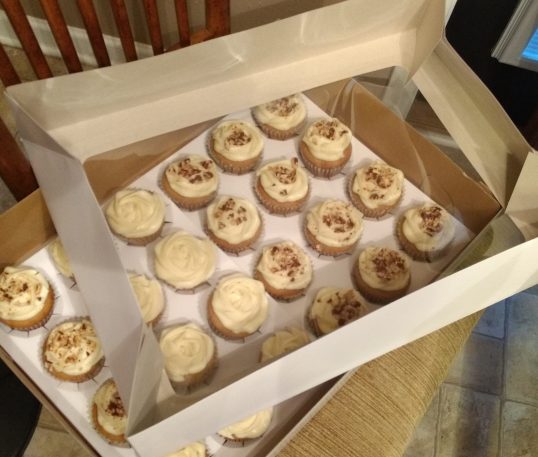 For the Vanilla Crème filling:

For the Cream Cheese Icing:

How to put it all together:

Here’s how to assemble everything: 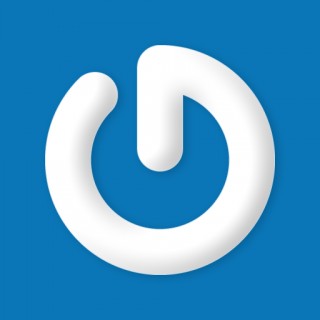